A non-exhaustive list of the many events that have happened, are happening and will happen in defense of freedom of the press, WikiLeaks and Julian Assange.

An attempt to give visibility to these actions, as well as to inspire new ones! Feel free to add you own actions, or some you are aware of but are not listed here

Vigils and gatherings in front of embassies & symbolic places

Candles4Assange: A global collective of supporters who came together first on 3 July 2019 from over 62 cities and 25 countries to fight for Julian Assange & Chelsea Manning on Julian Assange's birthday. We now work with a series of groups to list and instigate international solidarity actions in support of specific one-off actions going on in Belmarsh / Central London and key sites in the US and Australia. 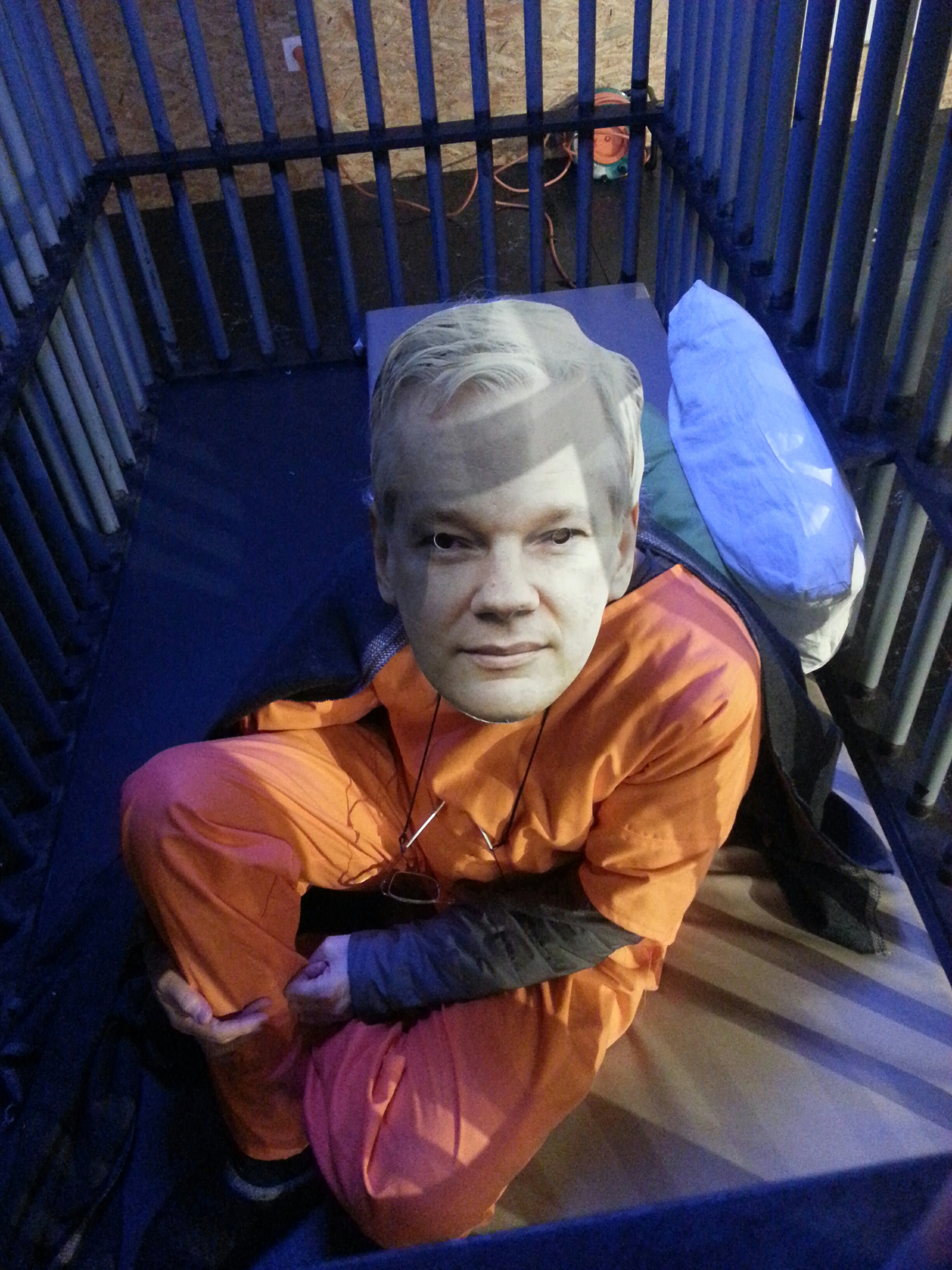 A month long hunger strike performance where actors -each on 24 hour shifts, are confined to a small prison cell, under the surveillance of another actor, the prison guard. The cell is visible for passerby’s to see.

A meeting point where people interested in human rights, are invited to network, exchange ideas, and get creative.

Various talks, debates, performances, workshops, and film screenings to engage with the public and create dialogue.

A lounge space with library where people can inform themselves.

An ever evolving dedicated exhibition to which people are invited to contribute.

We Are Millions Photo Campaign 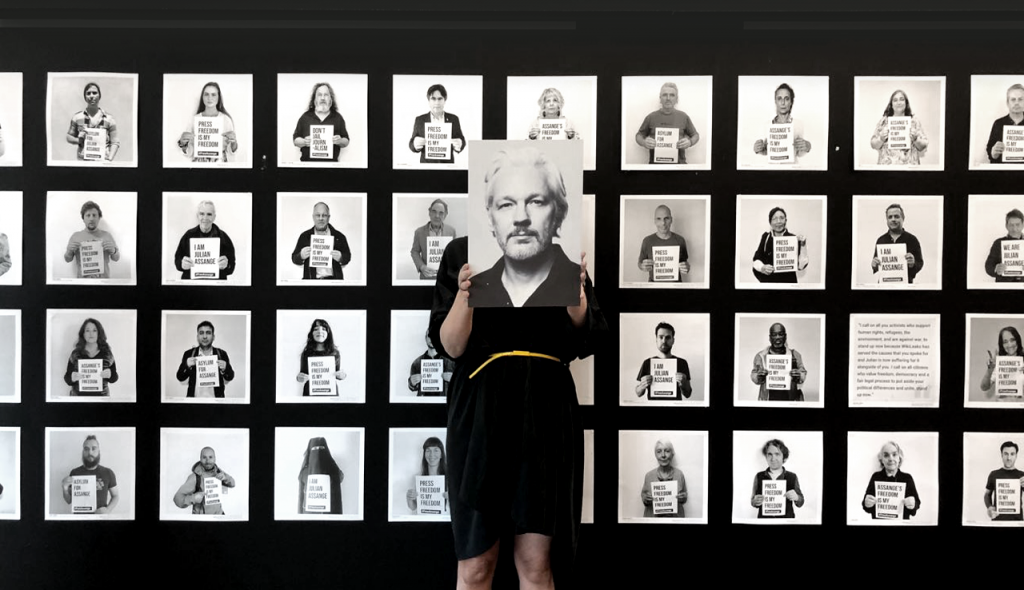 The photo-gallery campaign We Are Millions aims at displaying the multitude of supports of Assange. It has been turned several times into exhibits.

“Anything to say?”, is a life size bronze sculpture, portraying three figures each one standing on a chair. The fourth chair is empty because it is our chair. The one for us to stand up on to express ourselves or simply to stand next to Edward Snowden, Julien Assange and Chelsea Manning, who had the courage to say no to the intrusion of global surveillance and to lies that lead to war. Both loved and hated, they chose to loose the comfort zone of their lives to tell the truth.